Ambassador of the Republic of Germany

Re.: Parental Rights Violations in Germany The Petru and Camelia Furdui Family

Greetings! I am writing on behalf of the Alliance of Romania’s Families, a grassroots movement which promotes pro-family and pro-life perspectives in Romania and internationally. We also promote parental rights, among them the fundamental right of parents to live with and raise their biological children.

In recent weeks we have learned with great concern about the gross violations of the parental rights of Petru and Camelia Furdui whose seven (7) children, ranging in age from 15 to 1, have been unlawfully taken from them under deceptive pretenses and by the use of deceptive means. I have been in almost daily contact with the family in Germany since April 26, 2021 when the children were removed from parental custody, as well as with the family’s relatives in the United States, Romania, and in other parts of the world. This has enabled me to grasp the facts and the minute details of the unlawful manner in which the children were seized from their parents.

The family resides in Walsrode, north of Hannover. It is an immigrant family from Romania, a deeply religious family which shares the Evangelical faith. The facts, as presented to me by the family, lead me to conclude that the unlawful seizure of the children amounts to de facto confiscation of the children by state authorities. This is wrong on multiple levels.

First, the children were taken from their parents without court order. This is not only unlawful, but also wrong morally. The three (3) older children were taken into state custody while at school, and the remaining four (4) from the family’s home. It is unfathomable for a state agency to act in such a drastic manner, causing such radical and unpleasant consequences, and especially in the absence of a court order. Totalitarian states act in this manner.

Second, there were invalid grounds for seizing the children from the parents. It has been alleged that the parents administered physical discipline to their adolescent children. Yet, as of now, no medical examination has been undertaken to confirm these allegations. In fact, the authorities found no bruises on the children’s bodies. To the contrary, the children were all well fed, well mannered, and well behaved. They were the pride of the neighborhood. They played instruments in the afternoon and into the evening enchanting the neighbors across the street with the pleasant sounds of their instruments. In fact, the neighbors watched in consternation the seizure of the four (4) minor children, and scolded the authorities for seizing the children from an exemplary family.

Third, only the two (2) youngest children are German citizens. The parents are Romanian citizens, and five (5) of the seven (7) children were born in Spain.

I have also communicated with the family’s pastor who has vouched for the moral upbringing of the children, the absence of unlawful activities in the house, domestic violence, or any inappropriate influence on the children. The Furdui parents were exemplary parents to their children and people like them should be prized for the immense contribution which they make to society by bringing children into the world and bringing them up to respect values and their fellow human beings. The German authorities are, indeed, a bad example regarding the aggressive manner in which they intruded into the peace and felicity of this family disrupting it.

Shocking also is the unlawful decision to rip apart this family when lesser and more benign means would likely have resolved the state’s concerns. Counseling, persuasive conversations, and discussions with the entire family to determine the root cause of issues would have kept the family intact. In fact, we believe this should have been the state’s main and ultimate objective: do everything necessary to protect, not dismember, the family.

I add that, as stated above, the Furdui Family is an immigrant family. The state should be more sensitive to the cultural sensitivities of immigrants and abstain from offending them by resorting to means which, in other contexts, may be appropriate, such as in the case of families which are more attuned to German culture.

Additionally, we also protest the unlawful violation of the parents’ parental rights, as well as the rights of the children. According to international law, children have the right to be raised by, and live in the company of their biological parents. German authorities have taken away the children, breaking up the most sacrosanct relationships known to humanity: the relationships between minor children and their biological parents.

The international community has taken note of the egregious violations of the parental rights of the Furdui Family. It intends to publicize the plight of the family and demand the return of the children to their parents.

Even though the children have been taken away from their parents, they still possess fundamental rights, apart from the ones already violated. I am listing some of the fundamental rights they still possess with the respectful request that they be observed. The international community will monitor the manner in which Germany will or will not discharge its international obligations toward the children and comment accordingly.

This case is undoubtedly unfortunate. But not unique. Germany has developed a bad international reputation in regards to the manner in which it violates parental rights and the rights of homeschoolers. Years ago, Germany made front page news internationally when it engaged in somewhat similar misconduct toward the Wunderlich Family. The Wunderlich Family took refuge in the Unites States where it received political asylum on the basis of political persecution in Germany. While it is accurate that the courts stripped the Wunderlich Family of asylum in the United States, the Obama Administration nevertheless refused to deport the Family back to Germany for fear of reprisals. Conduct of this nature is unbecoming of a democracy and incompatible with civilized practices.

In closing, I respectfully request, on behalf of myself and the entire pro-family and pro-life movement of Romania, that German authorities release without delay all children of Petru and Camelia Furdui to their biological parents. 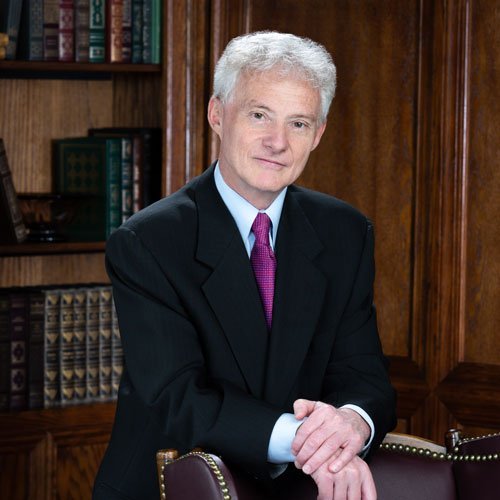